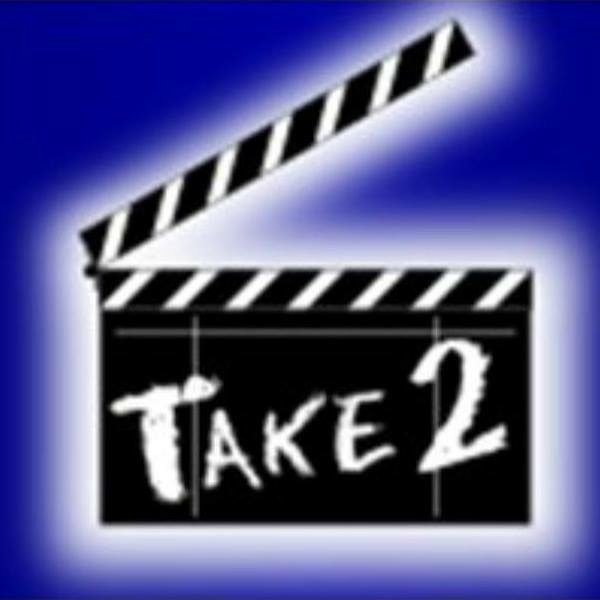 About Us - Our Team 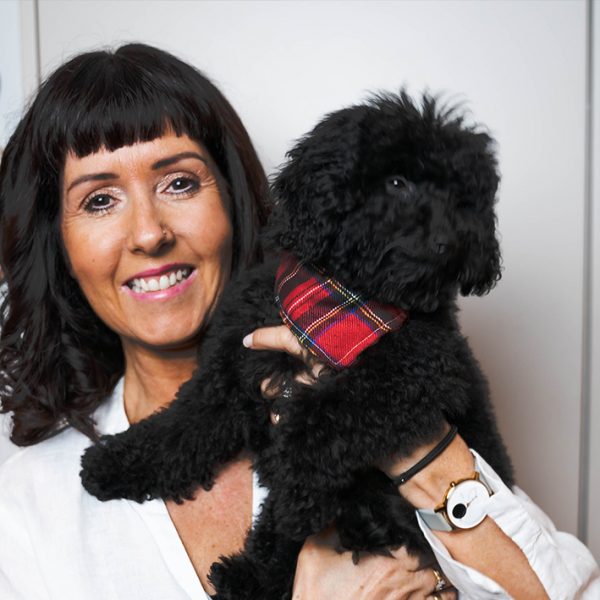 Pamela Hughes runs a highly successful Performing Arts School which was established in Foxrock, Co Dublin in 1988. Pamela has been involved in performing arts all her life, she attended drama classes from the tender age of 3 and thus the story began! Pamela was a member of Irish Actors Equity for many years and tread the boards both on stage and screen.

Pamela studied in the Royal Irish Academy of Music & Drama with the well-known Irish actress Aileen Harte and then went on to secure her diploma with the London College of Music in 1988. She attended the Gaiety School of Acting in their inaugural year under the tuition of the renowned Director Joe Dowling & Actor Pat Laffan. She then attended the Leinster School of Music & Drama and was awarded her Licentiate Teaching Diploma. Pamela also has a First Hons Licentiate Teaching Diploma & Fellowship from the Irish Board of Speech & Drama. She worked in the ‘Acting Academy’ Dublin teaching adult acting classes and directing numerous productions for them, she also worked as a make-up artist in the Olympia, Gaiety and Abbey theatre.
Pamela started working as a casting agent in the early 1990s and the ‘Take2 Agency’ is well respected & received within the industry. The agency specialises in young artists, from babies to 25 years approx. The Agency is now run as a commercial Acting Agency by her daughter Shauna Griffith.

Pamela is a long-time member of the ‘Speech & Drama Teachers of Ireland Association’ having served on the board for 5 years. She was the inaugural Chairperson for the PAEI, Performing Arts Educators of Ireland which is an advocacy and support group supporting all those working in Performing Arts including Stage, Music, Dance, Singing schools etc.
Pamela went on to do a Masters in Dramatherapy in NUI Maynooth & qualified with a 1.1 in 2018 and is a member of I.A.C.A.T (Irish Association of Creative Arts Therapists). “As a trained Dramatherapist, I see my students through a renewed lens which gives me further insight to each child as well as a heightened sense of empathy and understanding”.
Pamela adjudicates at various Drama & Musical Theatre Festivals throughout Ireland, is a senior examiner for the Irish Board of Speech & Drama, and is a Creative Arts Therapist in private practice specialising in children, teenagers & young adults.

Therese has been actively involved in Take2 since 1988.

Therese has a wealth of experience working with young children, having run her own playschool for over 20 years, as well as teaching Speech & Drama.

Therese is always on hand to lend support & encouragement on examination, & Feis days! Therese has studied Child Psychology in UCD and has a Cert in Pastoral Counselling with the Dublin Counselling and Therapy Centre.

At present Therese is Administrator with Take2. She is also actively involved with the Glencullen Dundrum Musical and Dramatic Society 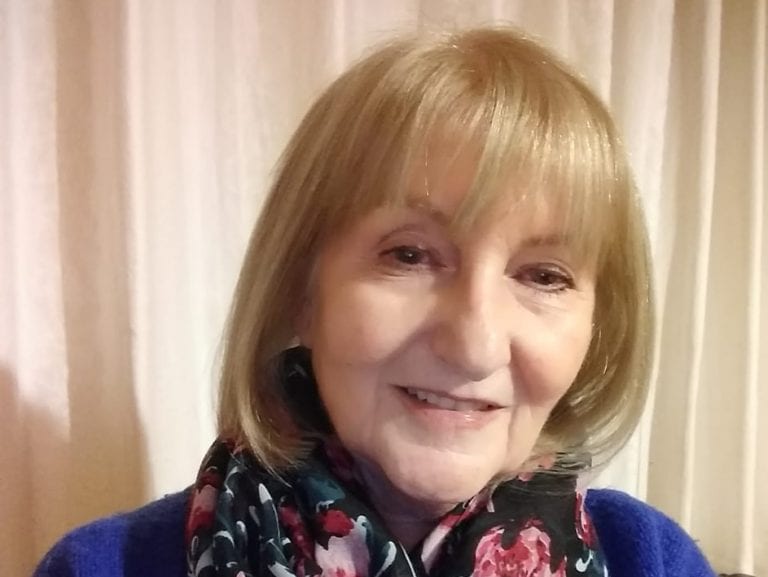 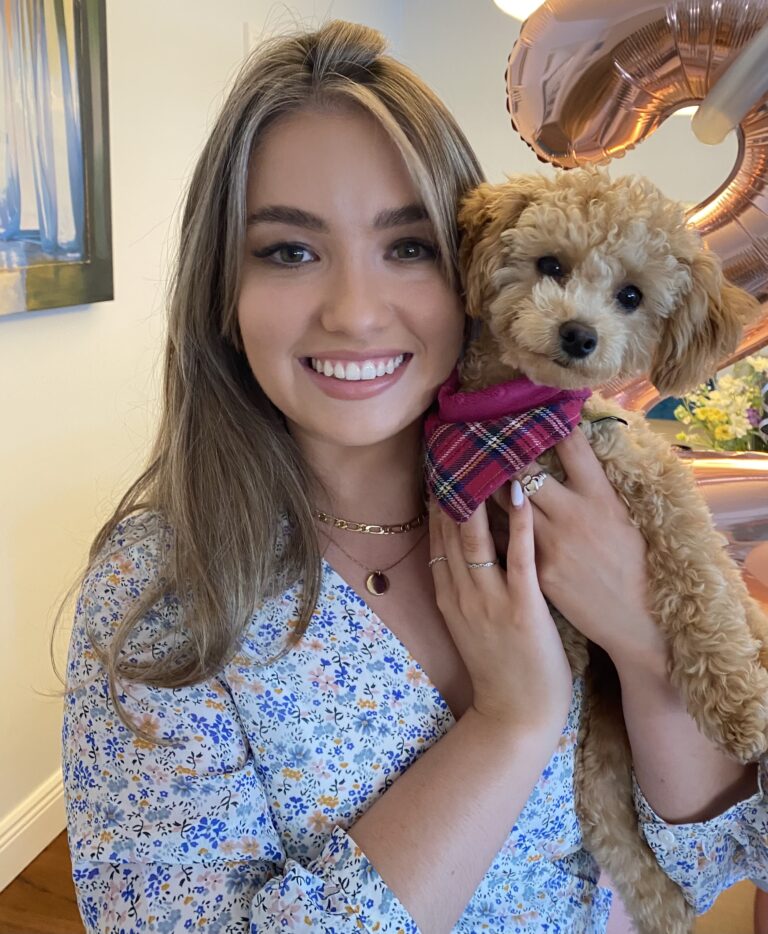 Shauna landed her first film role at the age of 5 playing a leading role in short film ‘Pluck’ directed by Nessa Hardiman.

She also played ‘Jenny’ in the RTE Drama ‘Amber’ directed by Thaddeus O’Sullivan, Chloe in ‘Dreamhouse’ project directed by Jim Sheridan and starring Saoirse Ronan, as well as being cast in the feature Film ‘Life’s a Breeze’, directed by Lance Daly, and various TV commercials.

Some of Shauna’s students have landed roles in Game of Thrones, Esso Campaigns, the new Aldi TV and radio commercial, Valhalla, Riverdance, the Animated Short; among many others!

Shauna is very experienced in the audition circuit and understands how to prepare young people to feel confident going into auditions. She more recently has worked with clients in the US, Canada, the UK & Ireland to improve their acting for camera skills.

She also took over Take2 Casting Agency and is working to further build relationships within the industry, both domestically & internationally.

Having grown up in a ‘Dramatic’ family Shauna has been involved in Drama, Acting & Musical Theatre from a very young age. She attended Drama classes for 15 years in Take2 & has a Distinction/Medal award in her Proficiency Grades in both Speech & Drama & Public Speaking.

A.I.B.S.D. (Musical Theatre)
Ciara began performing at a young age and went on to complete her third level training in ‘Dance Performance’. Since then, she has acquired an AIBSD in ‘Musical Theatre’, a Level 3 diploma in ‘Singing Psychology’, a Diploma in ‘Music Theory’, courses in ‘Autism Awareness’ and has completed Level 1-4 of ‘Special Education Needs’.

She is also a CTTA accredited Yoga Teacher and is currently working towards an MBA Masters.

Ciara has performed extensively in Ireland and Spain and has also directed & choreographed numerous musicals and productions over the past 15 years.

She has been a proud member of the Take2 team since 2012. 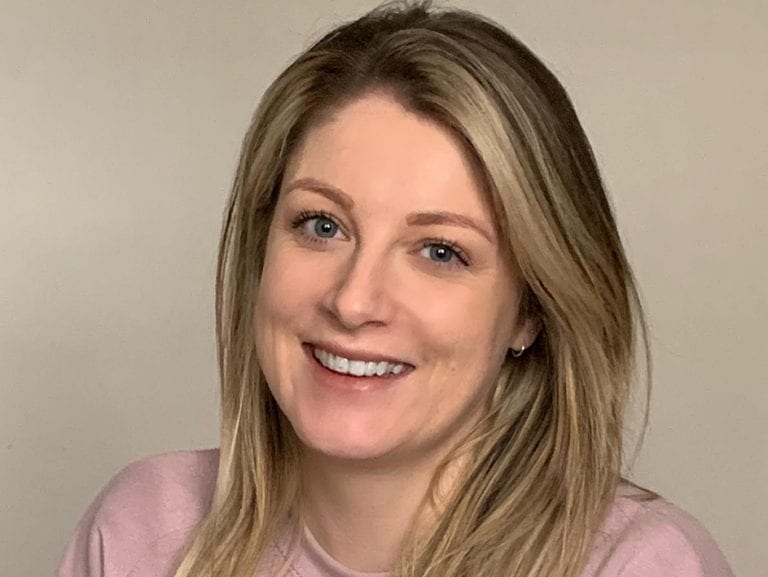 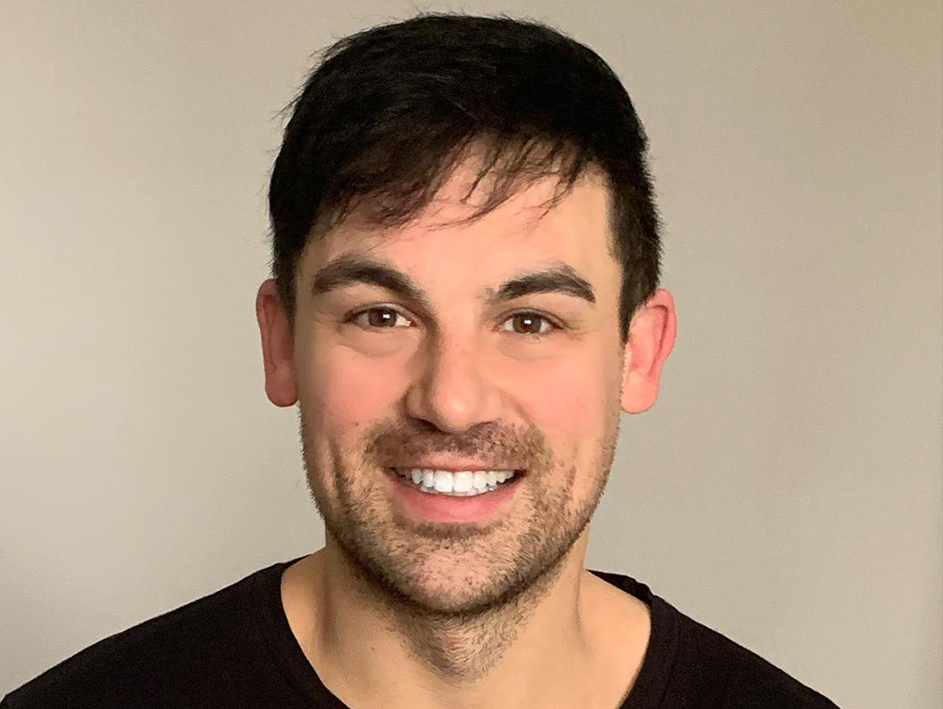 Originally from Berkshire in England, Carl was awarded a full scholarship to train at Mountview Academy of Theatre Arts, London. Since graduating, Carl has played many lead roles including ‘Herb’ in Godspell, ‘Tevye’ in Fiddler on the Roof, ‘Ernst Ludwig’ in Cabaret, ‘Barnum’ in Barnum, ‘Petruchio’ in Kiss Me Kate, ‘Luis’ in Copacabana, ‘Macbeth’ in Macbeth, ‘Principal Male’ in ‘Closer Than Ever’, ‘Diesel’ in West Side Story, ‘Jud Fry’ in ‘Oklahoma’ and ‘The Sergeant’ in Woyzeck at the New York Fringe Festival.

In 2008 Carl made his Westend debut at The Novello Theatre starring in ‘Eurobeat – Winning is Everything’, then, went on to star in ‘Evita’ as Eva Peron’s brother, Amos in the UK tour of ‘Whistle Down the Wind’, Finn in the UK tour of ‘Don’t Stop Believin, a tribute to Glee’. He premiered ‘Whiskey in the Jar’ starring as ‘Captain Farrell’ in Dublin, ‘Danny’ in Cork Opera House’s production of Grease, a principal dancer in ‘Mrs Browns Boys D’Movie’, danced for Jane Shortall at Croke Park, played The Beast in ‘Jedward and Beauty and the Beast’ at the Olympia Theatre, performed as a soloist in ‘West End in the Gable End’ in Montrose, Scotland, a backing vocalist for The Voice Of Ireland, ‘Grease’ in The Gaiety playing Danny once more, Principal dancer for the June Rodgers show in 2014, the 2014 national tour and 2018, Gaston in the Tivolis ‘Beauty and the Beast’ Panto and Abanazaar in Tivoli’s ‘Aladdin’ panto.

Other credits include being a lead vocalist for ‘Children in Need’, co-presenting the Lawrence Olivier Awards with Richard Wilson, performing in a concert for the President of Israel., performing on Ireland AM and on ‘The Late Late Show’ with ‘Grease’ and Red Hurley.

As well as performing, Carl also spends a lot of time teaching and directing Musical Theatre. He has directed ‘New Fish’ for Smock Alleys Scene and Heard festival and assistant director for ‘Flynn’ in The Abbey. He is currently co-director of Headline Stage School and on the Board of Directors of the Irish Academy of Musical Theatre (IAMT). 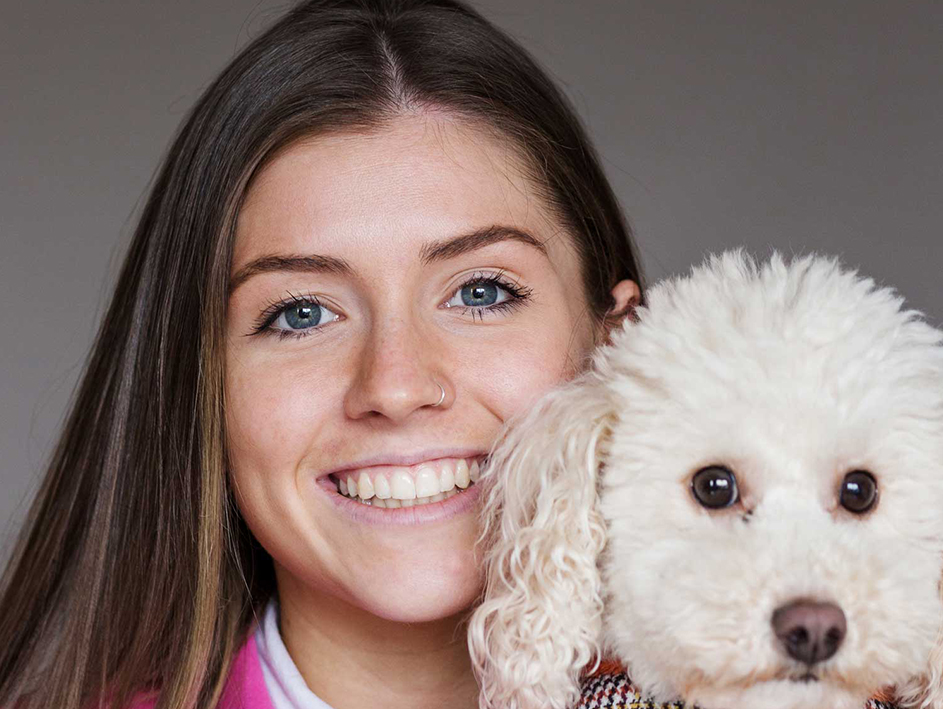 Having grown up surrounded by ‘Drama’ Sophie has been involved in Dance, Drama & Musical Theatre from a very young age. Sophie entered her first Feis aged just 3 years and was awarded a Gold Medal, she went on to win many awards over the years in Drama & Musical Theatre. Sophie took Ballet, Jazz, Contemporary & Aerial Silk classes for many years & continues to attend Aerial Silk classes.

Sophie is a Primary School Teacher &  is currently working to complete her Licentiate Teaching Diploma. 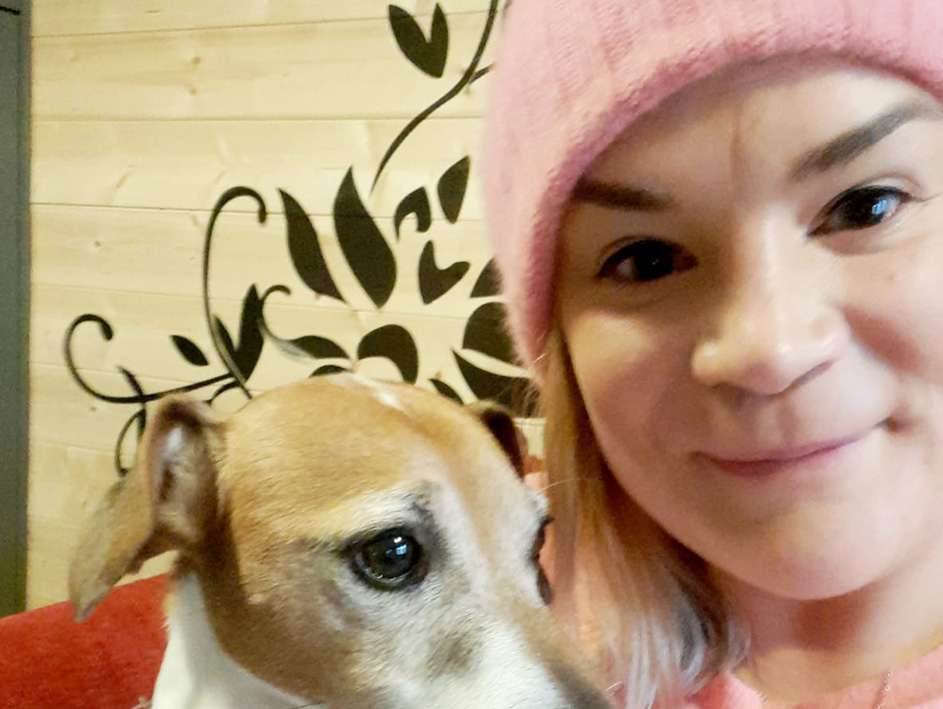 Caroline began Speech and Drama at the age of 7 at the Betty Ann Norton Theatre School. During her years there she completed her grades with the Guildhall School of Speech and Drama and won numerous medals at Feis Mathew. She also appeared from a young age on stage and screen with a major part in a play at the Peacock Theatre, The Duty Master, and in two Irish films The Snapper by Roddy Doyle and Conor McPherson’s Saltwater. Caroline then went on to study at Colaiste Dhulaigh and she completed a 3-year course in Theatre Studies gaining a BTEC Diploma. During her time there, as well as performance, she gained much experience in all aspects of Theatre, including production, directing, lighting, makeup, and costume design. She went on to study for another 3 years at Manchester Metropolitan University where she was awarded a BA Honours degree in Acting.

Caroline is the co-founder of Mind’s Eye Theatre Company and has performed in two productions to date at The New Theatre in Temple Bar. She also completed a summer programme at the William Esper Studio in New York City where she trained in the Stanford Meisner technique.

Caroline has a keen interest in teaching all aspects of speech and drama and lately, in particular, the use of masks as a teaching tool which was the subject of her her Licentiate dissertation.

Aifric is no stranger to Take2 having attended Drama & Musical Theatre classes with us for many years. Aifric was awarded first honours & distinctions in all her grade exams as well as many medals and awards at the Annual Speech & Drama Feis. She had multiple lead acting, singing & dancing roles in our end of year Take2 musicals.

Aifric landed her first screen role aged 13 in ‘Game of Thrones’ playing ‘Aya’ in season 5. Other roles include; The Granddaughter in a series of Vodafone commercials, ‘Eva’ in Miss Mogul (children’s mini-series, RTE) ‘Moth’ Love’s Labour’s Lost, The Lir Academy 2021. ‘Róisin’ in Frustrated and Uneducated, Smock Alley Theatre 2022 – written by herself.

Aifric is back with us after completing her acting course in London. She is delighted to return to the students at Take2 and pass on everything she has learned. Aifric values and includes spontaneity, naturalism and of course fun in her teaching. 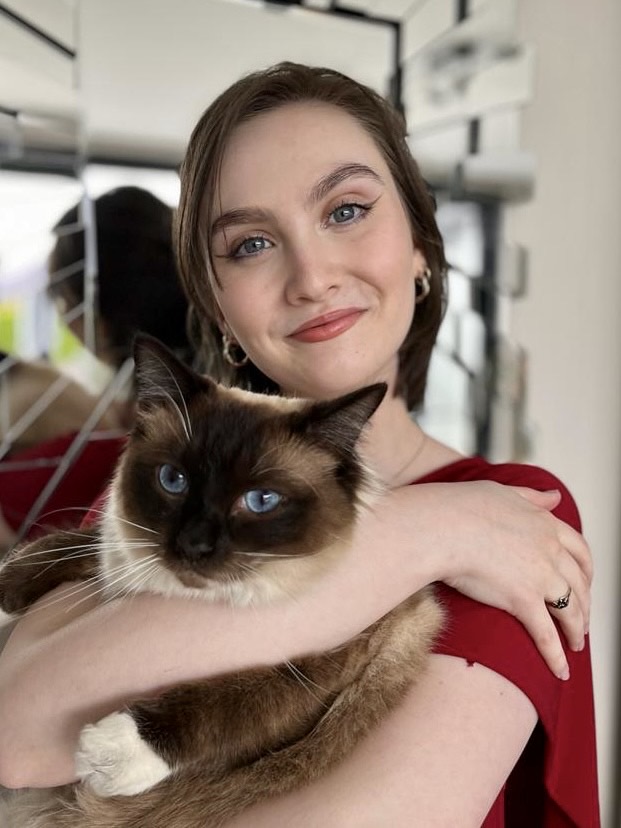